Blockchain: from “digital gold” to tokenisation

More than 10 years after the publication of the famous paper by Satoshi Nakamoto which sparked the tumultuous blockchain ride along its hype cycle, we can identify the main phases of this fascinating technological saga. And we can now try to understand what are the most promising areas of application of this technology today, i.e. those with the greatest social and economic impact, in a decidedly more mature and sober phase.

The history of blockchain – from 2008 to today – can be told in the following way:

We have all, to varying degrees, witnessed or been overwhelmed by the media frenzy generated by the Bitcoin phenomenon and by the advent of all the other second generation cryptocurrencies based on Ethereum. Therefore, now with perspective, we can see what happened in the first three phases of blockchain history in which virtually all the emphasis was placed on monetary applications and the possibility – completely new and revolutionary – of being able to mint trans-national digital coins without the need for a central bank. This new currency, in turn, would give birth, out of nowhere, to a whole new and huge financial market with its dizzying booms and its ruinous collapses.

In these first three phases we witnessed the birth of a whole range of solutions, applications and services entirely dedicated to the world of cryptocurrencies, their management and conservation (wallet), their trading and exchange with fiat currencies/legal tender (exchange), their use as a means of financing startups without equity transfer (ICO) or as an alternative means of payment to fiat currencies such as the euro or dollar in commercial transactions.

However, the three successive phases are much more interesting, and open the way to a use of blockchain in areas very distant from the strictly monetary paradigm.

This creative turning point was made possible thanks to the invention of the so-called “Smart Contracts” which, initially via Ethereum, have given Blockchain technology the characteristics of a real, distributed, public, reliable and sustainable global computer, capable of managing not only the register of exchange of monetary value but, above all, transforming it into – in the register itself – customisable business logic giving anyone the opportunity to create new programmable digital tokens – including non-monetary ones – such as, for example, the famous and surprising cryptokitties.

The proliferation of Smart Contracts has made it possible to represent and bring many different codifications of exchange of value and, therefore, many different means of payment that use non-monetary tokens as a digital representation of the value exchanged.

Immediately after the explosion of systems and means of payment based on blockchains and programmable tokens, the instances of the use of blockchains as an authentication and tracking system for products throughout production and distribution chains also grew.

We are now well beyond the use case related to payment systems, and beginning use the blockchain as a “distributed notary” to whom we entrust the conservation of facts, evidence, events for which we want to guarantee long-term inviolability and on a global scale. We have arrived at a “derivative” application of the blockchain that exploits the intrinsic characteristics of the payment registers (of which Bitcoin is the progenitor) to record other facts or other events of a very different nature.

This line of development has given the impetus for the spread of the so-called private and permissioned blockchain used by business networks or, more generally, business partners, for the management of their “own” distributed register which enables, in compliance with specific privacy policies, the authentication of facts relevant for the community for the benefit of all their members but without the need to elect an intermediary guarantor.

We can imagine tracing products’ precise provenance in the agro-food chains and providing a guaranteed certification of origin. Or the identification and tracing of spare parts in precision mechanics supply chains. Or the authentication of digital documents as an alternative to (or in parallel with) long-term physical preservation and as demonstrable proof of their integrity on a global scale.

Not forgetting the extremely interesting strand of Digital Credentials on blockchain, that is, the digital attestations of skills or educational qualifications acquired at the conclusion of formal, non-formal and informal training courses (worthy of mention, in this regard, the Blockcerts project.

Finally, in more recent times, a new and fascinating trend has been growing around the blockchain: that of Tokenisation.

Tokenisation represents the sum and synthesis of all the innovative and enabling features of blockchain because it facilitates business communities’ management of their real present and future assets by providing them with an unequivocal whole or fractional digital representation to enable a parallel digital market, trading the same assets with its own circulation and exchange rules.

The tokens can represent the right of ownership over a specific part or portion of a corresponding material asset with its own economic value and, once put into circulation, they provide their owners with the right to partial exploitation of the physical asset in proportion to the share represented by the token.

The tokens, for example, can be used to represent a sustainable industrial plant or system to be built, for which a financing campaign is activated in exchange for the tokens that represent the asset under construction, and which will then give the token holder access to all the services that the plant will be able to provide. Equally the tokens can be used as credits to acquire, in advance and at advantageous prices, a certain range of services such as the purchase of energy not yet produced by plants under construction or discount coupons in the context of a territorial network of merchants and points of sale or credits related to electric mobility.

The novelty of tokenisation as a frontier in the use of blockchain lies in the fact that a bridge is drawn, an explicit and evident link between “material” goods or services (“off-chain”) and their unequivocal digital representation (on-chain) both as a whole of the good or service both as a fraction of the same.

The digital representation of material assets in the form of a token (tokenisation) can make the value represented by the asset more visible and usable, making it “liquid” and freely exchangeable without the use of trusted third parties in the context of the community that recognises in those assets – and therefore in those tokens – a very precise use value.

Ex Machina Italia, together with its specific customers and partners, is strongly committed to the development of sustainable, secure solutions based on Tokenisation to reap the benefits of this new and exciting phase of blockchain evolution. 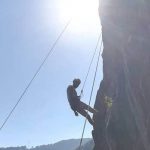 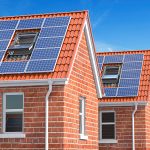 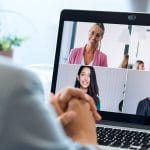 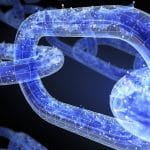 Blockchain: from “digital gold” to tokenisation
After more than 10 years we can identify...
Read More 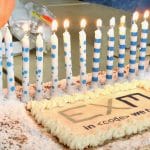 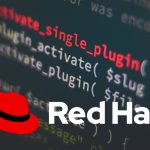 We are now Red Hat Partner
Ex Machina has entered a partnership with Red...
Read More
We use cookies to ensure that we give you the best experience on our website. If you continue to use this site we will assume that you are happy with it.Ok